Share All sharing options for: Meet The Newest Packer Fan 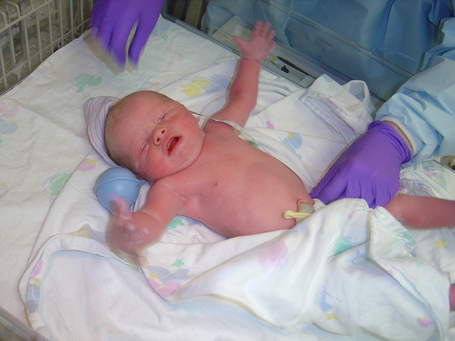 We call him Reggie.

Reginald Scott Benson. Born December 10th, 2008. For you statheads out there; he's 8 lbs. 0.5 ozs. and 21 inches tall. He doesn't yet have an entry on Rivals.com, but he projects out as an undersized defensive end in a 4-3 defense. Lots of upside.

So I might be keeping quiet the next few days. And I'll probably miss watching the Jacksonville game. Not that's there much to talk about over the last three games since their playoff hopes are on life support. Although I would like to see the Packers start off 3-0 during Reggie's lifetime.

If you were wondering whether he's named after a famous ex-Packer, well he's not. We just liked the name.