We're getting so very close, boys and girls. The playoffs are a mere three games away. Some races are all but over, while others are uncomfortably tight. You know what else is uncomfortably tight? Size-small UnderArmour. Honestly, I'm not a big guy. So when I decide to throw on my old UnderArmour shirt to work out, I figure it won't be an issue. But I forgot how ungodly small that thing is. It made me feel fat, which is hard to do, at a scant 165 lbs. It was like getting hugged way too tightly by someone you really didn't want hugging you in the first place. Sure, it's good for football, but it is not workout-friendly. Get a medium next time, jerk.

Now that I've rambled incoherently, shall we move onto the rankings? I believe we shall...after the jump.

Congrats to the Giants, Titans, and Cardinals (!) for winning their divisions in week 14. All I ask is that you still get the ball to Chris Johnson, Bo Scaife, Anquan Boldin, and Larry Fitzgerald, as I need them for the fantasy football playoffs.

First off, here's the rest of the NFC, ranked by their likelihood of making the playoffs based on record, remaining schedule, and overall performance. Starting at the top (of what's left)...

Ladies and gentlemen, the Panthers are now the undisputed NFC South leaders with three games to go. I missed the second half of last night's game due to unconsciousness. Final exam time is rough. Likewise, DeAngelo Williams and Jonathan Stewart were simply unconscious, going off for 301 yards and 4 TD's between the two of them...against one of the best run defenses in the league. Remember when DeAngelo Williams couldn't get carries from Deshaun Foster? Because I and the sixth-round pick in my fantasy football draft two years ago sure do.

All they needed to do was beat Detroit. Not an impossible task. Yet it took a Gus Frerotte injury (which is a good thing, considering three of Detroit's four interceptions this season came from Frerotte) and a Jared Allen hissy-fit (which was somewhat justified) to get them to wake up and realize that they weren't playing a team of equal ability. Were it not for Detroit's numerous blown opportunities, the Vikings would be the laughing stock of the league right now. But, in the end, they did manage to pull out the victory and keep pace with Chicago in the NFC North. All they need to do is win, and the division is theirs. But we can still make fun of their funny hats.

Look at 'em! They've got horns and junk!

Despite getting run over by the Williams-Stewart duo, the Bucs put up a good fight in their Monday Night game, at least until the fourth quarter, where the game was 17-17. They still have the third best record in the NFC, but they travel to Atlanta this week. If they can prevent Michael Turner from copying Carolina's performance, they can beat the Falcons and keep their advantage for a wild card spot. Can I get a "yarr"?

Dallas lost a closer-than-expected game with Pittsburgh last week, and Tony Romo was erratic, especially in the second half where he ended up throwing the game-winning pass...to Deshea Townsend. It didn't help that Dallas' defense gave up 10 more points in the fourth quarter. I'll tell you this much; with Felix Jones already out, Marion Barber becomes the only hope for Dallas in December with games against the Giants, Ravens, and Eagles. If he can get healthy and get the ground game going, then Dallas has a shot at going 2-1 and sneaking into the 6-seed. If not, then expect them to drop out of the race in epic fashion. For which there is no excuse, considering the talent on this team. 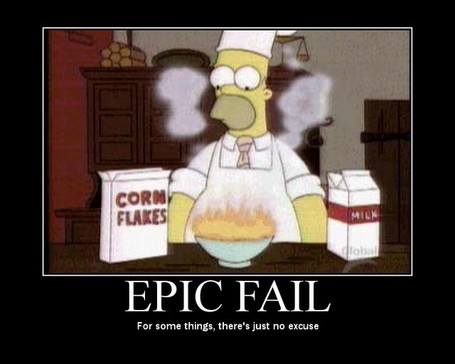 The Falcons lost a heartbreaker to New Orleans, who simply won't go away. They also face a tough matchup in Tampa Bay next week, and a trip to Minnesota is no cruise either (unless they go to Lake Minnetonka). However, if they can get through the two game road trip relatively unscathed AND the Cowboys continue their December underachievement, look for Atlanta to get the second wild card and complete the NFC South playoff trifecta (Carolina - Tampa Bay - Atlanta). Which would possibly result in a really good first round matchup between Atlanta and one of these two teams, thus absolving Atlanta for giving us Jermaine Dupri. The short bastard. 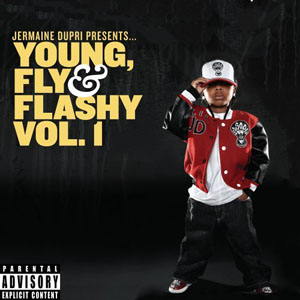 God, I hate Jermaine Dupri. "Welcome to Atlanta" had far too much of you and not nearly enough of Ludacris.

Da Bears held serve against Jacksonville, keeping the always dangerous Maurice Jones-Drew under 60 yards and limiting David Garrard (who has NOT lived up to his $60 million contract) to under 200 yards. They remain one game behind Minnesota in the Wedgie Division race, but they're going into a very dangerous matchup with Green Bay, a team that has severely underperformed this year but still has a mathematical shot at the postseason. Not to mention the Packers whomped the Bears 37-3 when they last met. Needless to say, Chicago is hanging on by a thread, which has got to be irritating for Bears fans.

If the playoffs started today, here's how the NFC looks. Any questions? Consult the tiebreaking procedures:

Here's the rest of the AFC, ranked by their likelihood of making the playoffs based on record, remaining schedule, and overall performance. Starting at the top (of what's left)...

There are two reasons the Steelers are even mentioned in this section rather than being locks for the postseason: the Titans' domination and the Ravens' refusal to go away. Pittsburgh handled Dallas on Sunday and kept their one-game advantage over Baltimore in the AFC North, who they just happen to visit next week. Then, after the Baltimore trip, the Steelers get to go to Nashville and take on the one-loss Titans! If you have NFL Sunday Ticket and you appreciate good defense, make sure you watch Pittsburgh's next two games. Given Pittsburgh's offensive struggles this year (they're ranked between 20th and 26th in all major offensive categories), it is certainly within the realm of reason for them to go 0-2 against two other nasty defenses.

Don't look now, but the Colts have had what may be the quietest 6-game win streak in recent memory. As much as they denied it at the time, Peyton Manning's offseason knee surgeries really did have an effect on the team. But they've finally hit their stride, and are tied for the AFC's third-best record with an upcoming slate of Detroit, Jacksonville, and a Tennessee team that will likely rest some starters in week 17. So while they can't win the division or get a first round bye, Indy looks poised to grab the top wild card spot and the opportunity to take on whoever is unlucky enough to grab the 4-seed (likely Denver). Nobody wants a piece of these Colts in the playoffs, unless something crazy happens, like Peyton getting mauled by grizzly bears.

Does anyone else know what happened to Willis McGahee? Did he have a nightmare or his favorite teddy bear stolen? Because Le'Ron McClain and Ray Rice are taking as many carries as the coaches can give them, and they want to give those two a lot. But no matter, because Baltimore handled its business against Washington last week, and now they've got a tough divisional showdown with Pittsburgh coming up. I hope the Ravens have a flak(-o) jacket for Joe Flacco, because you know James Harrison and company are going to get after him. Dallas and Jacksonville will be a nice breather going into the playoffs, which seems to be where the Ravens are headed. Unless Ray-Ray goes to a club with a pistol in his sweatpants and somehow ends up getting arrested.

What?! I never got to make a Plaxico Burress joke! Let me have this one!

With the Jets suddenly reeling, the AFC East is now in a three-way tie between New York, New England, and Miami. Miami! The same Miami that went 1-15 a year ago! Words cannot express my astonishment at this performance. Remember how the Packers went 4-12 and two seasons later ended at 13-3? This Miami team's turnaround is ten times more epic. It could be a hundred times more if they can run the table, with games against San Francisco (blech) and Kansas City (double blech), culminating in a showdown in the Meadowlands with the Jets. Can you imagine if the Dolphins pull it out against the Jets and the Patriots fail to keep pace? Miami could win the friggin' division. No, really.

And the dolphins are pleased.

New England has a chance to win the division in these next three games. The Jets' sudden two-game skid and an upcoming schedule of Oakland, Arizona (who has clinched their division already), and Buffalo point to an opportunity to take the lead in the AFC East. They'd better hope Roosevelt Colvin and Junior Seau can shake off the dust and help fix their defense, because if they stumble once, just once, Miami is in position to swoop in and take the title. Miami! I am still amazed about this.

And the dolphins are pleased.

A lot of people wrote off the Denver loss as a fluke because of the weather, including yours truly. But they got handled by San Francisco, and they still have to play Buffalo (who is still dangerous) and Miami in week 17 (who's making a push to win the division). I said last week that the Jets could go 12-4. This week I'm saying they go 9-7 and miss the playoffs entirely. Which sucks, because then Green Bay doesn't get as good of a draft pick. And Teddy Thompson loves him some draft picks.

Locks for the postseason: Tennessee, Denver.

If the playoffs started today, here's how the AFC looks. Any questions? Consult the tiebreaking procedures: