Now that the Super Bowl is over, we can turn 100% of our attention to the off-season and to the Packers' efforts to improve the team. As we have documented (and complained, and lamented, and...you see where I'm going here), the Packers need help on the offensive line, especially at tackle. With Chad Clifton and Mark Tauscher becoming unrestricted free agents this off-season, I feel that it's likely that one of them will be departing. Even if they both return for 2010, we need better depth and talent at the tackle position.

In light of this, I'm going to give a quick snapshot of four offensive tackles projected to be drafted in the mid- to late-first round:

The Rivalry, Esq. gives their draft profile of Bulaga here. I must admit, anything that is compared favorably to former Badger Joe Thomas automatically piques my interest. The question about Bulaga is whether or not he falls to the Packers at 23. Frankly, if he's around after 18 or 20, I wouldn't mind seeing Ted Thompson try to jump up a few spots and grab him. A two-year starter, Bulaga is a mauler, and though his pass-blocking technique needs some work, his mean streak is something that you need when blocking ends like Jared Allen. He played LT at Iowa, but most are projecting him as a RT in the NFL. I think he has the ability and size to play on the left side, and I would be excited if he is available for the Packers at 23.

Campbell didn't start at left tackle in college until midway through the 2008 season, but he's one of the highest-rated tackles in the draft. Mocking the Draft has a profile here. Draft projections for Campbell are all over the place...he's been ranked as high as 8 to the Raiders and as low as 26th in the past month. To summarize his draft reports, Campbell has had some issues with concentration and a tendency to lose focus on occasion; however, he's still young (a true junior in 2009), and that should improve in that area. He has very good mobility and size, and his upper body strength is a key. But for me, the important thing about him is that I'd love to have a guy with a chainsaw for a right hand manning the left tackle spot. 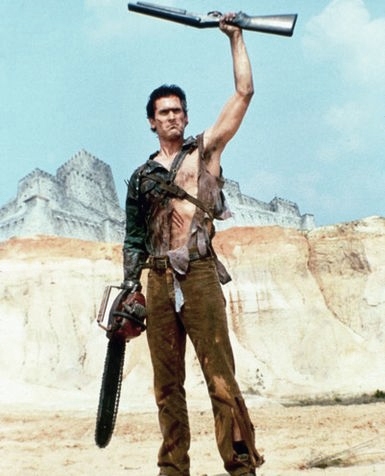 Much like Campbell, Williams' projected draft slot is all over the board. He's looked at anywhere from 13th overall to the middle of the second round. Williams switched sides from right to left tackle before the 2009 season, and played well this year. He is a good athlete who has solid footwork in the passing game. However, he lacks the nasty side that Bulaga and even T.J. Lang show, and has struggled in run-blocking.

The thing that jumps out from that line is that Brown will need to put on some weight to be an effective NFL tackle. Brown has a similar amount of time starting in college, but as a redshirt senior, he's two years older than the other two players. Brown's footwork and mobility are both excellent, but my concern is with his strength and technique. Also, Brown played in a zone-blocking scheme at USC, which may or may not help him adjust to the Packers' pseudo-zone system. The biggest key for me is whether or not he can put on some weight before the Combine and avoid a drop-off in his footwork and quickness. (UPDATE: Mocking the Draft now lists Brown at 298 lbs)

Other than these three, there are also premier tackles Russell Okung of Oklahoma State and Anthony Davis of Rutgers, who are both projected in the top 15 picks. Were one of them to slip, I'd expect Ted Thompson to snag them quickly, but with the demand for tackles in the NFL, they'll likely be long gone by the 23rd pick.

For now, I would rank these four in the order I have listed them, but I wouldn't be horribly disappointed if we took Campbell if both he and Bulaga were available. However, if Bulaga and Campbell are both gone at 23, I would expect Thompson to either address the pass rush with an OLB like Brandon Graham of Michigan or Texas' Sergio Kindle or draft a defensive back.