What Is Going On In Dallas - Super Bowl Sunday!

Share All sharing options for: What Is Going On In Dallas - Super Bowl Sunday!

This my final daily photo journal of my time in Dallas as I covered the Green Bay Packers in the Super Bowl. It's been a long week, and as I'm writing this, I've already made it home. It was the easiest day this week because I didn't have to go running around as much. I had one event in the morning, and it was over to Cowboys Stadium for the Super Bowl. 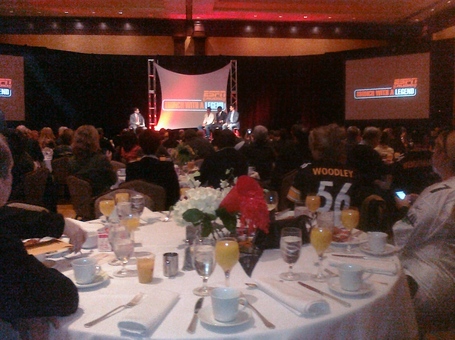 My first event was the ESPN Brunch With A Legend event. I've written about it in this previous post. It took me all morning to drive to Ft. Worth and back again, with just a little time for writing. On the stage are Tim Tebow, Cam Newton, and Matt Cassel.

After driving through the urban sprawl, and a bus ride through very dense pedestrian traffic, a bus full of media reporters is ready to enter. 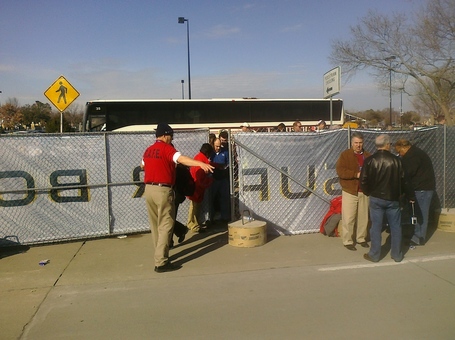 Above is the crack in the security fence that we were aloud to go through. 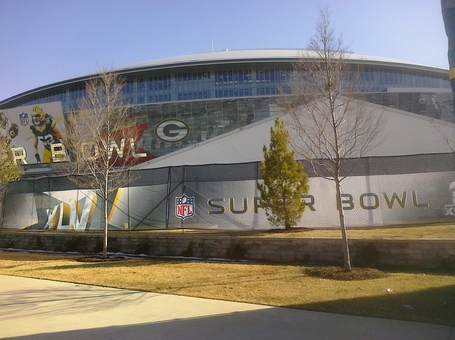 My view of the stadium after I'm past the fence. 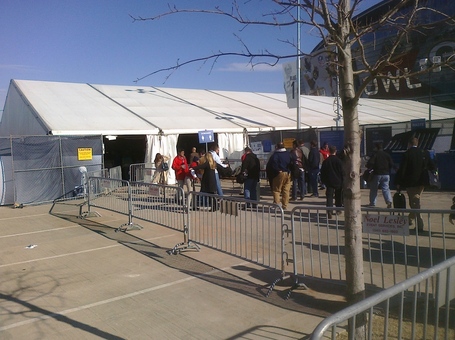 Then comes a trip to the security tent where my bag was sniffed by a dog for bombs, while I walked through a metal detector, and finally an ID scan with visual identification.. 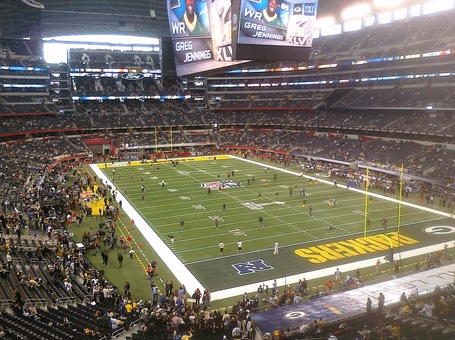 Here's the view from my seat in the stadium. It's about two hours to kickoff. See the crisp picture of WR Greg Jennings on the monitor. Those monitors were amazing. It was as clear as watching a replay on TV at home. 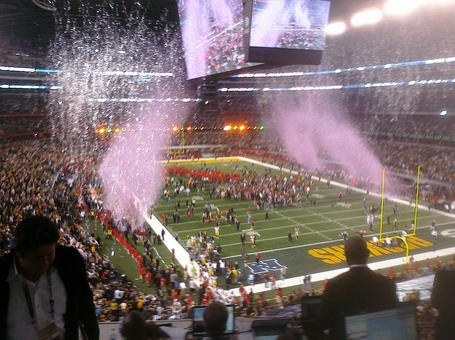 And then here's a similar picture right after the game ended. 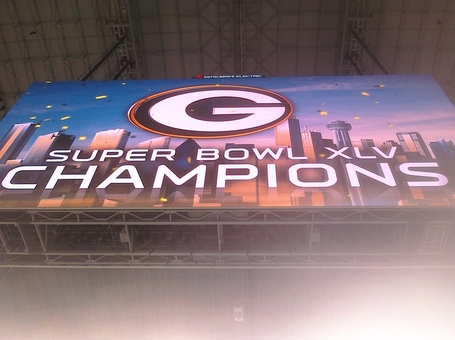 I got to go onto the field and take pictures of the giant overhead score board. An amazing end to an amazing (but exhausting) week.