Hello, football fans, and welcome to the 24-hour APC Open Thread! Feel free to discuss  Many thanks to Brandon for allowing this silliness.

Pride of Detroit Open Threads. Division Rivals they may be, BUT they are a good group of people. Respect them, and they should respect you.

Pats Pulpit, with their JATs. They're fairly welcoming, unless you decide to go in gunports open and weapons blazing. Seriously, don't do that.

Bleeding Green Nation's OTs have gone quiet for now, but they're still there.

NO NAME-CALLING OTHER POSTERS ON THIS BLOG. There will be other people who stop by this thread. Yes, this is a Packers blog.Please refrain from trolling others, even virulent fans of rival teams. If you want a trash-talk thread (like the one we had in the Super Bowl), I can make one. 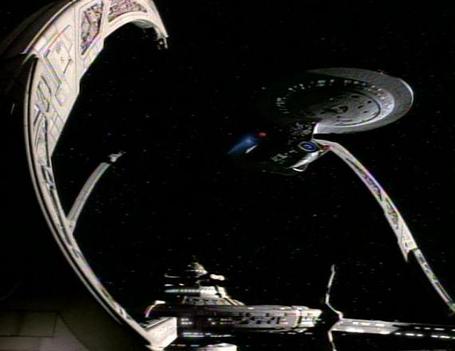 Perhaps the most unforgettable opening episode of any Star Trek series.