Chances are if you're reading this, you have some fans on your shopping list. Here are APC's recommendations for gifts that won't disappoint.

Today is Thanksgiving, which means that we're mere hours away from all the blood and gore associated with Black Friday. Rather than see you risk life and limb for your holiday shopping, we at Acme Packing Company would rather you considered some great gift ideas for that Green Bay Packers fan or fans in your life.

That First Season: How Vince Lombardi Took the Worst Team in the NFL and Set It on the Path to Glory

There are many great books written about Vince Lombardi. However, few describe the process that brought the great Packers coach to Green Bay and his early days with the team quite like That First Season. Eisenberg details not only the coach himself, but the other important figures within the organization such as unheralded genius Jack Vainisi, the architect behind the 1960s Packers roster. A must read for those interested in the birth of the Lombardi era Packers.

By LeRoy Butler and Rob Reischel

Packers Pride doesn't provide a single narrative; it's a collection of individual moments as told through the eyes of Packers players both past and present. Reischel seams together the stories with third party context while Butler's contributions have a more myopic bent. Packers fans will be familiar with some of the tales, such as Aaron Rodgers remembering his first NFL start in 2008. Others, like former-Georgia quarterback David Whitehurst's adjustment to life in Green Bay, are less documented. Packers Pride is an intimate view into the lives and important moments of some of Green Bay's best.

War Room: The Legacy of Bill Belichick and the Art of Building the Perfect Team

While not written about the Packers, War Room provides in impeccable detail the process of building an NFL team. Holley gives the account of Bill Belichick's failed first attempt in Cleveland, his success in the early Brady era, and the internal fallout from Spygate. However, like all great books on the NFL, Belichick is but one of the many important players covered. Former and current general managers Scott Pioli and Thomas Dimitroff also receive considerable attention, both for their parts in the Patriots' Dynasty as well as their work after leaving New England. It's a great gift for the football fan who is fascinated with the behind the scene dealings in the NFL.

Nearly as iconic as the team itself, the Original Cheesehead Hat by Foamation is a common sight at Lambeau Field. While other fanbases have made their own crude attempts to re-envision the Cheesehead, it remains part of the fabric of Green Bay and its fans. If you know a Packers fan without one, this will be a thoughtful and cherished gift.

Shameless plug? Absolutely, but we think you'll enjoy this tribute to Packers standout Jordy Nelson. The wide receiver has become a fan favorite since joining the team in 2008 and is in the midst of his best season to date. We've created this shirt to celebrate our favorite Jordy moments, from his breakaway touchdown receptions to his acrobatic sideline wizardry. Get one or 20 for the Packers fans on your shopping list.

Here's a look at the shirt. You can get it with either graphic in front, or on a white or gray shirt in addition to the standard green: 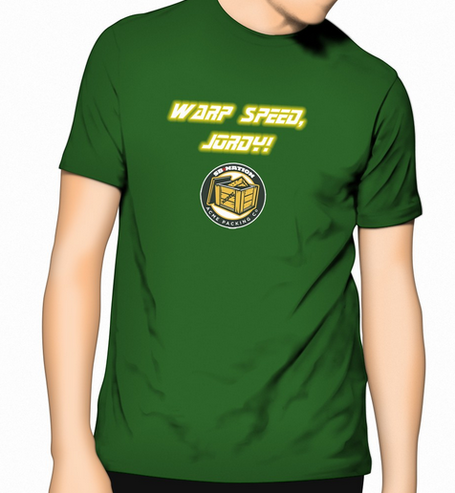 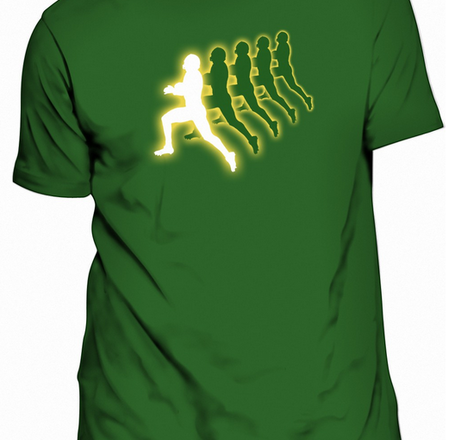