Defining Distraction: On the Packers' Jermichael Finley and his Critics

Jason offers his opinions of Jermichael Finley and the fans who criticize him for being a perceived "distraction" to his team.

Share All sharing options for: Defining Distraction: On the Packers' Jermichael Finley and his Critics

Fandom is a marvelous yet confounding enigma. Through it, people create emotional attachments to players they haven't met nor will ever interact with. At the same time, there's the looming omnipresence of hordes of fans raging in concert against a particular individual due to the way he plays a game.

All this through the matrix of fandom.

In the time since he entered the NFL, tight end Jermichael Finley has experienced both sides of the Packers' fanbase. For two years Finley was championed as a rising star whose combination of elite athleticism and powerful frame would make him a terror for linebackers or defensive backs to cover. Fans began believing they had found their own Tony Gonzalez or Antonio Gates. Matters only intensified after an impressive 10-catch performance against Pittsburgh in 2009 which demonstrated not only Finley's physical makeup but also his concentration, football intelligence, and artistry. By his third season, Finley truly looked the part of the NFL's next great tight end. Through four games and two 100-yard performances, Finley was becoming the force Packers fans hoped he could become.

And that's when a knee injury changed everything.

On the second play from scrimmage during a week five matchup against the Redskins, Finley found himself on the wrong end of a low hit during a fumble recovery. He was carted off and diagnosed with a partially torn meniscus in his knee. Finley would miss the rest of the 2010 season, and that's when the trouble started.

More: What is Finley Worth in a Trade? Mike McCarthy discusses Finley in Minicamp Finley Interviewed on KFAN in Twin Cities Packers' Offseason Tight End Preview

Finley kept a low profile for the regular season as the Packers' performance dipped during a maelstrom of injuries. Even as the team struggled, and with it the fans' Super Bowl hopes, Finley remained out of sight, diligently rehabilitating his knee for 2011. Fans still spoke of Finley as the team's next star while patiently awaiting his return.

Then the unthinkable happened. The injury-depleted Packers won their last two games to sneak into the sixth and final seed in the NFC playoff bracket. Behind an all-time great playoff run by Aaron Rodgers and company, Green Bay fought their way to Arlington, Texas and Super Bowl XLV. All fans tend to celebrate excessively when their team makes it to a Super Bowl, but the manner in which the Packers arrived there amplified fan intensity. This was the backdrop to Finley's first public relations nightmare.

Early in the bye week following the conference championship, the Packers announced their team schedule for the lead up to the big game. Due to a planning snafu, the active roster was set to arrive in Arlington for the team picture days ahead of players on injured reserve. Outraged and outspoken about the pictures were Nick Barnett and, behind him, Finley. Eventually the issue was rectified, but not before the ever-popular cries of "DISTRACTION!" were leveled against the two injured players. Ultimately, "picturegate" made no impact on the Packers, who defeated Pittsburgh 31-25, but that didn't stop fans from accusing Finley of sabotaging Green Bay. Since that day, Finley has remained in the crosshairs of angry fans.

The next two years were filled with similar "distractions" attributed to Finley. The tight end's once-popular "Year of the Takeover" campaign became an annoyance to fans who viewed him as a loudmouth. Comments made by Finley's agent criticizing Rodgers' leadership skills were assumed to have been co-signed by Finley himself. As a result, people chastised the tight end for his first down celebrations and for his dropped passes. Lost on these fans was the hypocrisy of condemning Finley for these things while simultaneously championing Donald Driver, a player with his own brand of first down celebrations and an even worse drop rate.

While not all of Finley's criticism was undeserved, fans treated him not like the inexperienced, young man he was but rather a malcontent, intentionally disrupting an otherwise sterling organization. This ignored that Finley, a 25-year old during the 2012 season, was still maturing. These fans also refused to acknowledge that in the time since Super Bowl XLV, Finley had indeed become one the league's more successful tight ends, breaking the Packers' team record for receiving yards by a tight end (767 in 2011) and receptions by a tight end (61 in 2012). Even with these accomplishments under his belt and his prime still ahead of him, Finley is continually derided for exaggerated or nonexistent reasons. In these fans eyes, Finley is forever branded a distraction.

Finley is many things, not all of which are positive. However, many Packers fans don't seem to understand what a real distraction is.

This past week, another team became engulfed by a true distraction. Former Patriots tight end Aaron Hernandez was formally charged with murder and several other gun offenses and has been released outright from the team. While Hernandez has yet to have his day in court and may ultimately be exonerated, the mere fact he put himself in this situation has caused the Patriots an incalculable amount of grief.

Yet Finley, who is not at the heart of a nationally televised tragedy, continues to receive flak from fans. The same day Hernandez was arrested and charged, former Packers safety LeRoy Butler publicly suggested that Green Bay and New England engage in a trade of Finley.

Finley For a 2nd-Round Pick? 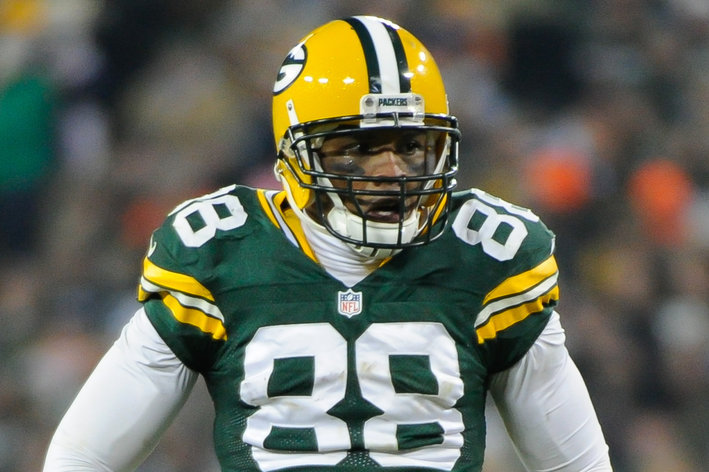 APC offers some opinions on Butler's idea of trading Finley to New England.

While Butler didn't explain his reasoning for such a move, many followers jumped onto the idea. Many sites like this one were overcome with strong support for sending Finley packing. Again, the same tired reasons were proffered: Finley's too expensive, he's not as good as he should be, he's a distraction. Ignored once again were the tight end's accomplishments, his continued improvement, and any idea of what a distraction really is. Rather than view the tight end for what he is - a unique but flawed talent who adds more to the team than he detracts - some will always view Finley as wasted potential, a missed chance. While Finley found ways to improve himself each year since his knee injury, some fans continue to act as though he too is the disruption that Hernandez has been to the Patriots. Finley may never fully achieve the lofty expectations that were set for him early in his career, but that shouldn't earn him the kind of ridicule deserved of a real distraction.

But such is fandom. Some will always leave reason at the door in favor of emotional response. Facts will be ignored in favor of a narrative that better supports how they feel. No evidence or explanation will ever be enough. For some, Jermichael Finley will always ruin their day. And that's a shame, because they're missing a pretty good player. For all his flaws, Finley is worth having around.