Why Aaron Rodgers Should Not Apologize for Defending Ryan Braun

One APC writer's short answer is "no." Here's the long answer.

Share All sharing options for: Why Aaron Rodgers Should Not Apologize for Defending Ryan Braun

If you've followed the media narrative over the last day or so, you've likely learned that according to most sports writers, Ryan Braun is the physical embodiment of evil. He is a lying, cheating, diabolical mastermind who was made from some kind of McGwire/Clemens/Armstrong science project, and whose atrocities merit punishment in the gallows of baseball.

He also took some steroids.

Putting gross overreactions and hyperbole aside, it's hard to imagine defending Braun's actions. Where things took a sharp turn for the stupid however, is when the crap-slinging brigade led by Skip Bayless took to their soapboxes to condemn Aaron Rodgers for defending Braun back in 2012. 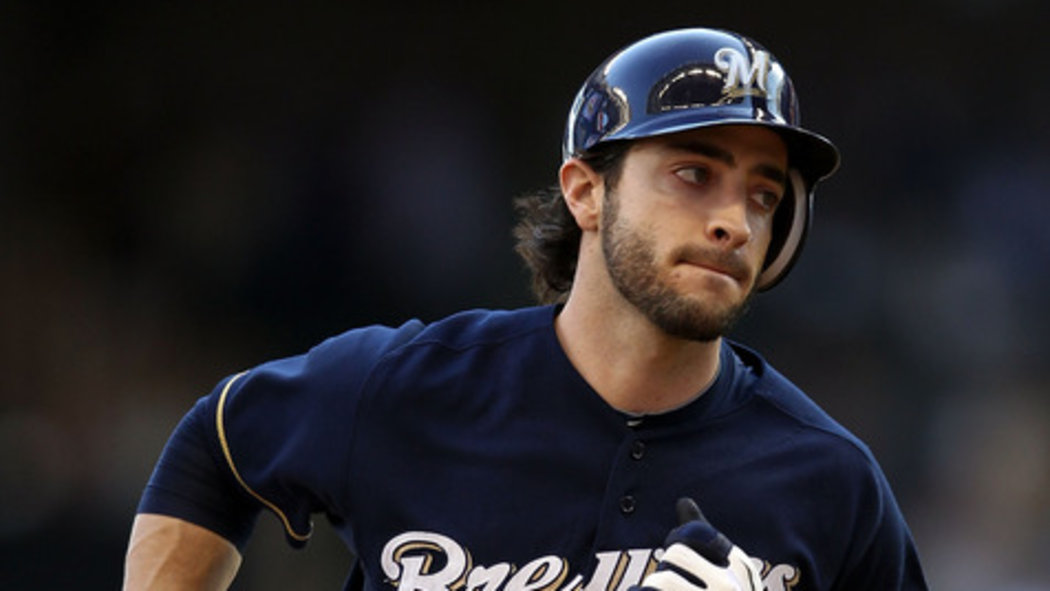 While Rodgers' "told ya so" comments were certainly snippy, it's important to remember the context under which they were said. Here was a friend of his getting skewered in the media for something Rodgers presumably thought (likely because Braun told him as much) Braun didn't do. Like the rest of us who were duped by Braun, the only thing Rodgers is guilty of, is ignorance. Of course, that hasn't stopped people from trying to make Rodgers somehow guilty by association. Kevin Seifert even asked if Rodgers, "has any public responsibility moving forward."

The answer is no, just like the answer to whether Rodgers' support had any role in cementing Braun's public deception is also no. Rodgers merely stuck up for his friend, he didn't change anyone's opinion who was on the fence about Braun's innocence. And if you are someone whose thoughts were reinforced or swayed by it, then here, I have an email to send you from a Nigerian Prince who will be requesting your bank account number.

What really makes this whole thing laughable however is that people are only now demanding Rodgers apologize now that he's been proven wrong. So basically, people had a problem with Rodgers rubbing it in, and they waited until it was convenient to rub it in his. I don't think you need a Meriam's to know this is the very definition of hypocrisy.

Yes Rodgers offered to put a year's salary on Braun's innocence. Yes he called someone an idiot and yes, he came off somewhat arrogant in his response. But again, let's take a moment to look at Rodgers' history when it comes to knee-jerk reactions. They're pretty few and far between. In fact, you could make the argument that Rodgers is one of the more calculated, self-aware athletes we've seen in recent history. That he took to a site that features a freaking electric blue colored bird as the logo in a rare moment of off-field spontaneity shouldn't be a referendum on his character, especially when that moment dealt with someone he considered a close personal friend.

But that's just the thing about Twitter. Its temptation for off-the-cuff commentary is often too great to resist, even for someone as thoughtful and strategic as Rodgers. Remember, this is the same platform that gives Roddy White the ability to post crap like this, this and this. By comparison, Rodgers's tweets look relatively innocuous.

Maybe that's why Rodgers' candor was such a big deal. We hardly see it anymore.

Could Rodgers have handled the entire situation with a bit more humility? Sure. But to suggest his involvement says anything about Rodgers' character, or that he needs to apologize for doing what 99% of us would have done in a similar situation is exactly the kind of moral grandstanding that's made athletes these days such robotic, PR-trained cliche machines. Maybe that's why Rodgers' candor was such a big deal. We hardly see it anymore. Something tells me with him, we won't be seeing it again for a long, long time. For me, I appreciated Rodgers saying what he did, even if in retrospect, we know that Braun didn't deserve it.

To me, it shows Rodgers isn't' just a good quarterback, but a good friend.

UPDATE: Rodgers addressed the situation in his media availability on Friday, saying exactly what was appropriate. The matter should now be closed.