Babies and pets are evidently big among Packers fans, at least if the Packers items found on online marketplace Etsy are any indication.

Share All sharing options for: Unique and Strange Green Bay Packers Items for Sale on Etsy

Until recently, I had never heard of the website called Etsy. Apparently, it's an online store and marketplace in which people can sell vintage items, handmade crafts, or any other items.

Of course, any subculture like that of NFL fans will have its own batch of ridiculous items on this site, and the Green Bay Packers are well-represented in outrageous, interesting, or just plain silly items for sale. Here are a few highlights that we found on the site when searching for the Packers. 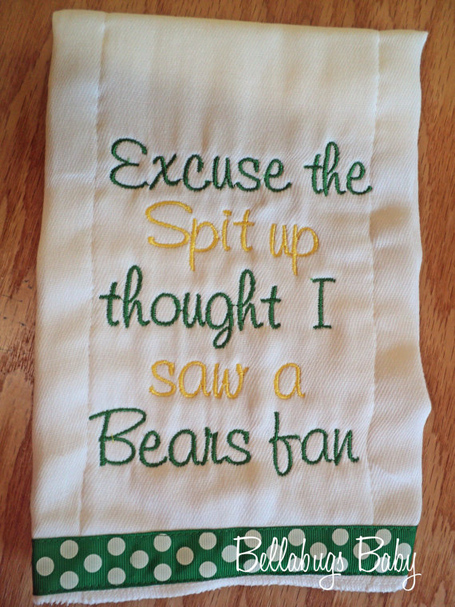 Got a baby who spits up a lot and want to ensure that he or she grows up to be a Packers fan? Here's your solution: a puke rag that expresses your distaste for the Chicago Bears and does so in Green and Gold! This is exactly that and can be yours for the low price of $13.99. 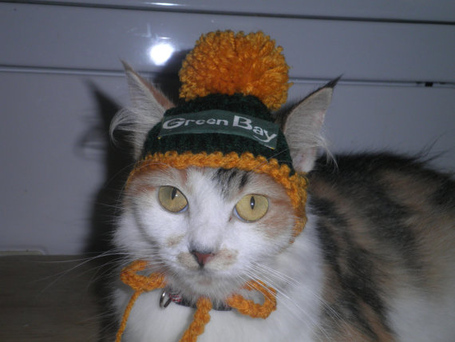 This cat looks like the most miserable animal on the face of the earth, but that's probably because he's been put in hats like this for many NFL teams and his owner can't just let him keep wearing the Packers one. Here's part of the item description:

DAAAWWWWW. Apparently, kids are a big deal for the people who make Packers stuff on this site. These are pretty great, though. 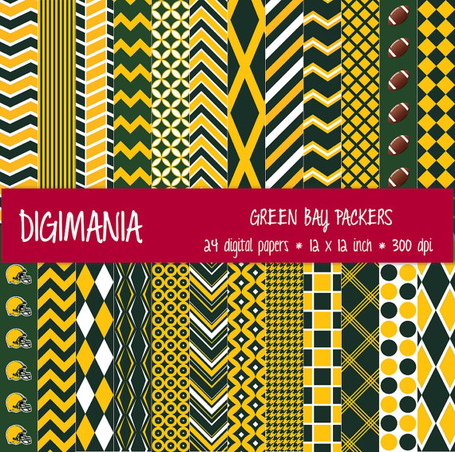 I'll be honest, I don't really understand this. So it's like wrapping paper, but it's digital so you can, what, use it on your e-cards? And of course, note that since it's not officially licensed, the helmets don't have the Packers' logo on them either. 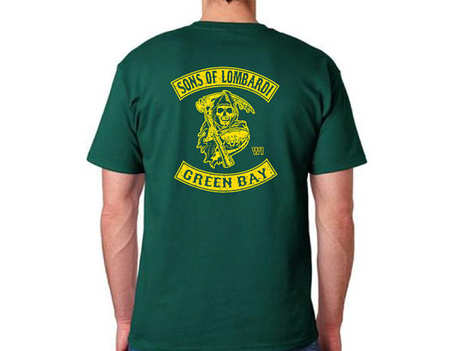 This t-shirt is actually pretty great. If only it were available in other sizes besides a 3XL, it could be a pretty nifty piece, which obviously references the TV show "Sons of Anarchy." 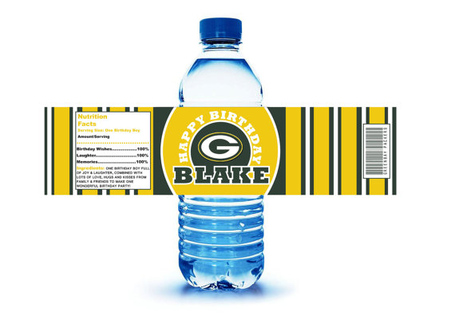 Are you on a budget but can't quite figure out just what to get the birthday boy or girl who's a huge Packers fan but who really hates being dehydrated? How about customized water bottles? You'll need to print them off yourself, but you can have the file customized with the name of your choice and emailed to you for the low price of four dollars.

If you find any other ridiculous items while digging around on the site, feel free to show us in the comments.