APC's activity during the Packers' second preseason game is logged for posterity.

With another preseason game in the books, we move on to another set of word clouds and a commenting roll call from the game threads. I used a different service this week to ensure a more accurate representation of the words used in the comments, so sound off about it in the comments of this article.

Congratulations on making "Rettigulous" show up in the first half. In case you're wondering, yes, I did remove a certain word from the map because of blatant attempts to cheat. It's rather amusing how often the word "Ha" is typed, especially now that we have a certain first-round draft pick at safety. 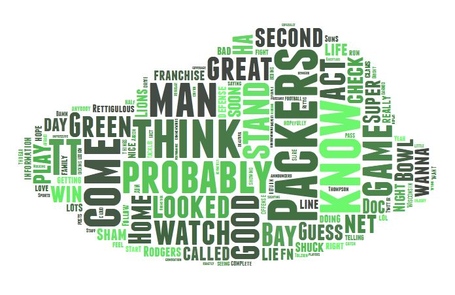 Some of the backups got a little more attention, as Matt Flynn, Scott Tolzien, Jeff Janis, and Derek Sherrod started to show up. We also apparently got more speculative, with "probably" and "think" being on the same order as what we "know." Also, Ha Ha Clinton-Dix apparently got more attention as well, as "Ha" blew up a bit. I think the prevalence of the word "Don" was due to someone's signature and the fact that I missed it when excluding usernames and signature words for this particular image. 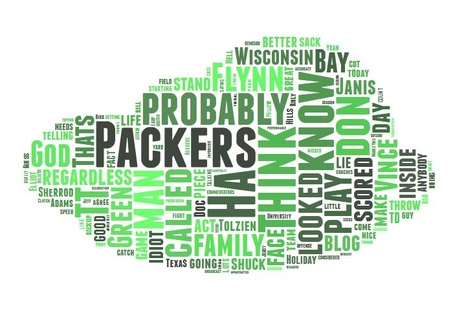 Finally, we move to the roll call. In the two game threads, there were a total of 1,069 comments from 50 different users. This week there were eight people with 50 comments or more apiece, and 19 total with at least 20 comments.

Here's the full roll call, and congratulations to Jplutte on your internet point for this week.