The Packers’ 2020 draft sends them further down the road of Kyle Shanahan and further away from Mike McCarthy.

Something that became clear from the post-draft discussions with Brian Gutekunst and Matt LaFleur was that the Green Bay Packers’ offense would continue its evolution from the “spread-coast” (Spread/West Coast hybrid) of Mike McCarthy to Matt LaFleur’s preferred offense. After over a decade of running the same offense, the transition was unlikely to occur rapidly or fully in year one, but despite a shortened off-season for the 2020 season, it is likely we see the LaFleur offense in a much more full form at some point this fall.

But what exactly is the LaFleur offense? How does it differ from the McCarthy offense? There are quite a few similarities between the two offenses, but I’m going to be focusing primarily on the major difference between the two: personnel usage.

(All personnel usage stats are pulled from Sharp Football Stats.)

How does this compare to what we saw in 2019? In LaFleur’s first season, Green Bay used three or more wide receivers on only 54% of snaps. This is a stark decline. Some of this may be attributable to the low quality of the wide receiving group, but the 2018 group was not meaningfully better. If we look at LaFleur’s season as the offensive coordinator in 2018 for Tennessee, we’ll see that lowered wide receiver usage should not be a surprise. In 2018, Tennessee used three or more wide receivers on only 47% of their plays. Now, there is a significant outlier to the LaFleur/wide receiver correlation, and that is the Los Angeles Rams. He was the offensive coordinator for them in 2017, where the Rams used 11 personnel on a league-high 81% of their snaps. All personnel groups with three or more wide receivers totaled 84% of the Rams snaps that year. There is a meaningful difference between the 2017 Rams and the 2018 Titans, however. The 2017 Rams ran Sean McVay’s offense. The 2018 Titans ran Matt LaFleur’s.

There’s also another influence on LaFleur that is probably much more meaningful than McVay’s: Kyle Shanahan. The reason I bring up Shanahan specifically up is that it appears that LaFleur is trying to re-create Shanahan’s San Francisco offense in Green Bay. No single transaction since LaFleur’s arrival makes this as clear as drafting Josiah Deguara.

Despite being listed by the Packers as a tight-end, I don’t foresee that being his primary position. PFF’s draft guide gives the following excerpt on him: “Deguara has future H-back written all over him. For teams that use a fullback, that could easily be in his future as well.” At 6-foot-2 and 242 pounds, Deguara would be tiny for a traditional tight-end, but LaFleur has already compared him to fullback/H-back extraordinaire Kyle Juszczyk, Shanahan’s versatile weapon in San Francisco. As you can see below, there are apt reasons for the comparison. 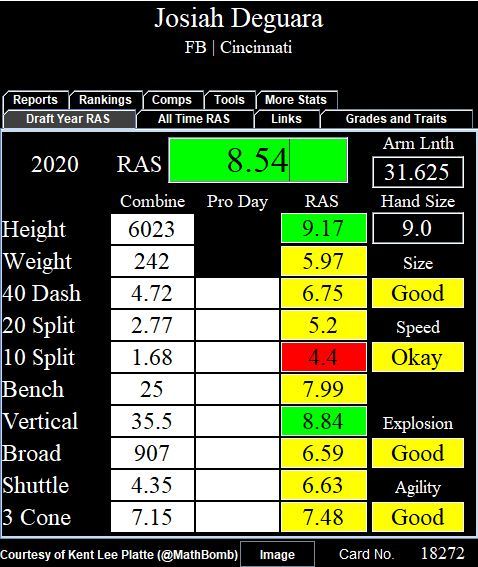 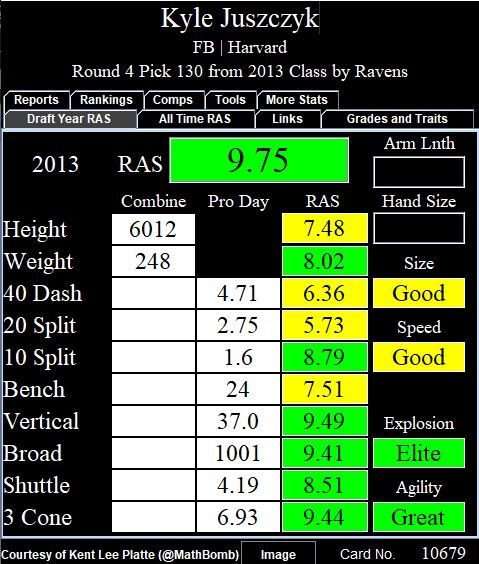 While Deguara isn’t quite the athlete Juszczyk is, the comparison as athletic fullbacks that are able to be multi-positional players seems apt. In order to do what San Francisco does, you absolutely need a player like Juszczyk to offer the type of versatility from a position that has traditionally been a pure thumper.

In 2018, San Francisco leaned into 21 personnel even heavier. Remember, Juszczyk missed four games due to injury in 2019 after playing the full sixteen in 2018. 21 personnel took up 50% of San Francisco’s snaps in 2018, and they used two backs on a total of 58% of their snaps.

For all the talk about the McVay connection, it always seemed like LaFleur was more a Shanahan disciple than a McVay one, and we’re starting to see that with the way Green Bay is constructing this team. LaFleur name-checking Juszczyk when talking about Deguara makes me think we’ll see him used much more in that fullback role than as a traditional tight-end, and after over a decade of 11 personnel, we should be expecting a different Packer offense in 2020.