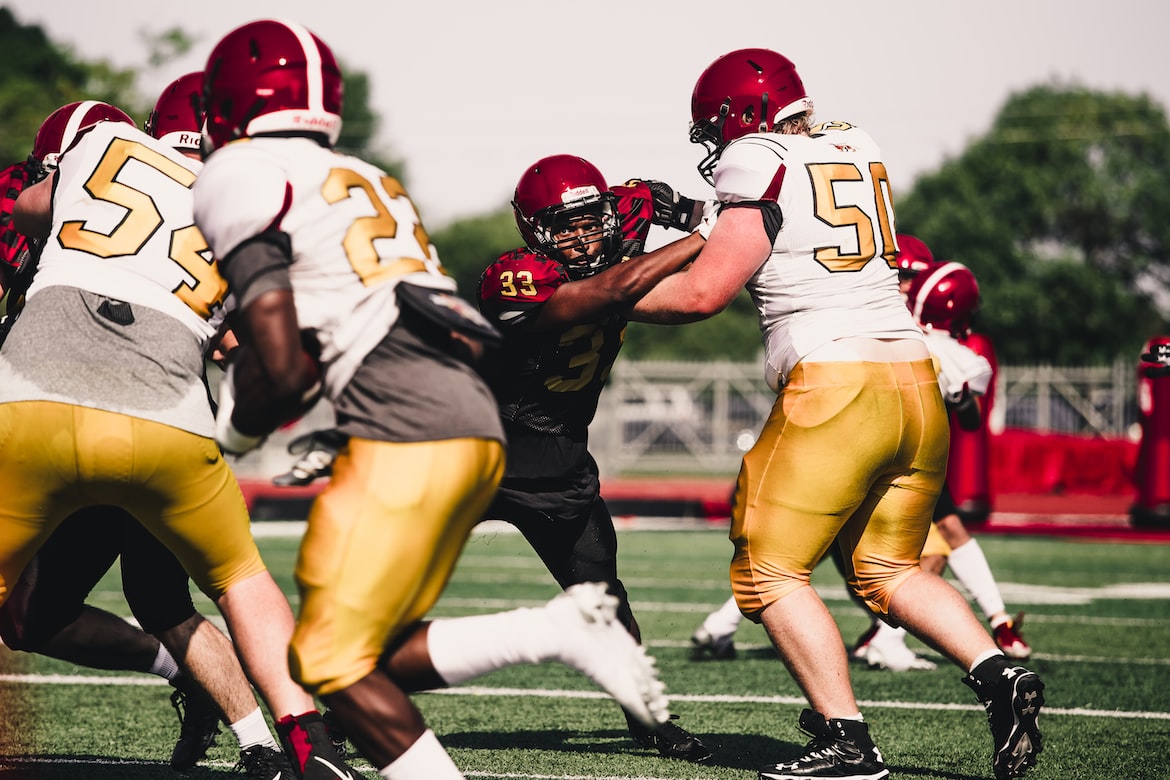 Like any other sport, NFL is constantly evolving, and the current stars wouldn’t have the same energy to run in the next five or ten years. But it seems NFL is very prepared for the future with young athletes emerging from the crop. This begs the question; who are some of the most exciting young talents for the future of the NFL? This article will list five youngsters to look out for. But before that, be sure to check out rankings of the top 10 NFL team fanbases at The Sports Geek. Now, let’s dive into the full details!

Born in August 1997 in Bedford, Texas, Kyler Murray deserves the top spot on this list. The Cardinals QB played college football at Oklahoma, where he scooped the Heisman Memorial Trophy. Murray won the NFL Offensive Rookie of the Year Award during his first NFL season after shuttering several rookie QB records at the Cardinals. Currently, he’s the third highest-earning professional American Football player taking home more than $46 million a year.

Justin Patrick Herbert was born in March 1998 and is currently contracted to the Los Angeles Chargers. The QB played college football in Oregon and won the 2019 Pac-12 Championship. Also, he was named the MVP during the 2020 Rose Bowl. In his second NFL game as a rookie, he started for the Chargers as the QB, a position he kept for the entire season. During the year, he set several records, including the most 300-yard games and touchdown passes. Justin Herbert has a four-year deal running until 2023 and earns $6.6 million annually.

Nicholas John Bosa is an NFL DE born in October 1997 and played college football at Ohio State University. While still a freshman in 2016, he played all 13 games at Ohio State, making 29 tackles and five sacks. In 2019, Bosa signed a four-year deal with the San Francisco 49ers, with an option for a fifth year, which was activated in April 2022. The $33.5 million contract has an $8.3 million salary and a $22.4 million signing bonus. Nicholas Bosa also earns an $895K base wage. Bosa was announced as November’s NFC Defensive Player of the Month. It won’t be long before he gets a bigger contract!

Born in May 2000, Trey Lance is an exciting young prospect in the National Football League. The 49ers QB played his college football at North Dakota State University, where he received several awards, including Jerry Rice and Walter Payton. 49ers selected Lance as third overall in the 2021 NFL Draft, a season in which he was primarily a backup player. After his rookie year, Lance was named a starter in 2022, although an injury disrupted his rise. As of now, he has a 4-year contract with the 49ers until 2024. His annual salary is $8.5 million.

These are just some of the most talented young NFL players to watch out for in the future. Other notable talents include Javonte Williams of the Broncos (22), Jonathan Taylor of the Colts (23), and Justin Jeffersons of the Minnesota Vikings (23).